Schuman Associates is the leading consultancy working on European funding and project financing. We are delighted to continue our series of “Country Digest” with Ireland, where we have local presence with an office in Dublin.

This year, Ireland celebrated 45 years of EU membership with 45 stories of how various aspects of Irish life has changed since entering the EU.

Many of these stories in the #EU45Stories campaign narrate where EU funding has brought the benefits, from funds to Irish universities such as the Trinity College Dublin ERC research grants for the battery of the future, to the environment Life funding for raised bogs in the Midlands and cohesion funding for harvesting seaweed in the West of Ireland.

For 2014-2020, Ireland has been allocated a total of around EUR 1.19 billion in Cohesion Policy funding. This includes EUR 951.6 million for more developed regions, EUR 168.8 million for European Territorial Cooperation such as cooperation with Northern Ireland and Wales. Finally, another EUR 68.1 million for the Youth Employment Initiative has been earmarked.

Cohesion Policy funding is available for projects in areas like: R&D, Environment, Employment, Energy, Improvement of Public Administration, Broadband, Urban Development and Smart Cities, etc. The Irish light rail, the Luas benefited as did the CÚRAM, the Science Foundation Ireland Centre for Research in Medical Devices, these are just some of the many projects that received financial assistance through the EU’s cohesion funding.

Ireland is "performing well" in terms of drawing down and spending European Social and Investment (ESI) funds, with EUR 926 million in outstanding payments and EUR 297 million of payments made in 2017.

Ireland is also benefiting from other EU funding. Here are some interesting facts about the Irish performance in using Brussels managed funds:

For the next EU 2021-2027 budget, the European Commission proposed an allocation of EUR 1.22 billion in cohesion policy funding for Ireland. Negotiations on the final budgets are now at the level of the EU institutions and are expected to close in mid-2019. In the meantime, Ireland will start to draft its national and sectoral strategies as well as the proposed funding Operational Programmes that will outline how the EUR 1.22 billion will be spent. 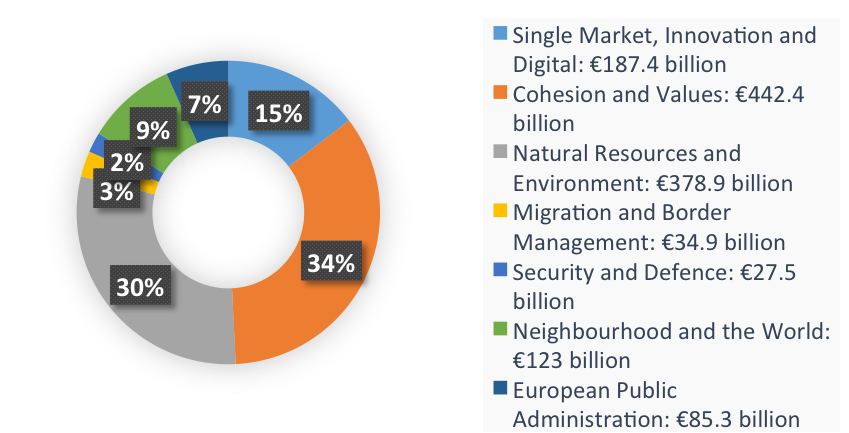 To learn more about EU funded opportunities in Ireland and how Schuman Associates could support you, please send us an email to This email address is being protected from spambots. You need JavaScript enabled to view it.