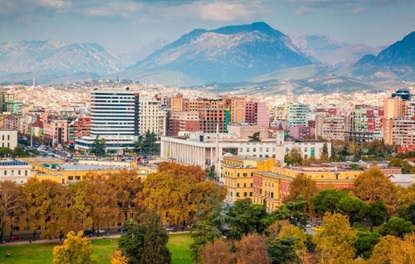 The new dynamic in the EU-Western Balkans relations coincided with a major – and highly relevant – development: the Commission proposal on the EU Multi-Financial Framework (MFF) for the period 2021-2027. The proposed MFF reflects a clear commitment to enlargement and Western Balkans in particular. In its proposal, the Commission has increased funding for the Instrument for Pre-Accession Assistance (IPA) to 14.5 BEUR to support formal candidates (Serbia, Montenegro and Turkey) and potential candidates (FYROM, Albania, BiH and Kosovo) to fulfill the accession criteria.

v  The European Council on 28-29 June where decision should be made whether to open negotiations with FYROM and Albania.

v  The annual connectivity package for 2018 already includes 190 MEUR grants in connectivity projects and 30 MEUR for preparing digital projects, while further elements will be presented later this year.

v  An EU-Western Balkans summit is scheduled to take place in the first half of 2020 during the Croatian Presidency.

Did you know about Albania & the EU?

Albania is a candidate country since 2014.

In April 2018 the Commission recommended to start accession negotiations with Albania.

The EU is the largest provider of financial assistance to Albania.

In total, 649.4 MEUR have been allocated to Albania for the period 2014-2020 under the IPA II programme. The 2014-2017 action programmes provide 170 MEUR for reforms in key sectors such as democracy and governance, rule of law and fundamental rights as well as 113 MEUR for investments in competitiveness and growth.

92.5 MEUR have been given in grants through the EU Western Balkans Investments Framework since 2009.

The European Investment Bank has invested 359 MEUR since 1999. 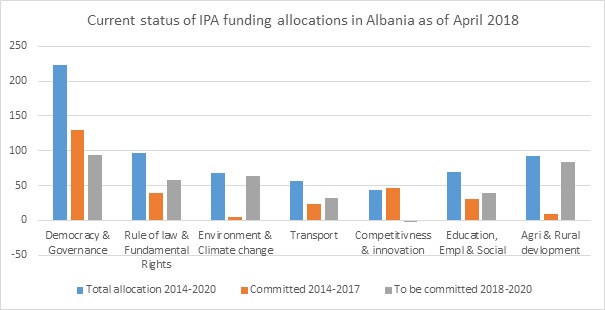 To discover EU funding opportunities in Albania do not hesitate to get in touch with our External Aid team: This email address is being protected from spambots. You need JavaScript enabled to view it.