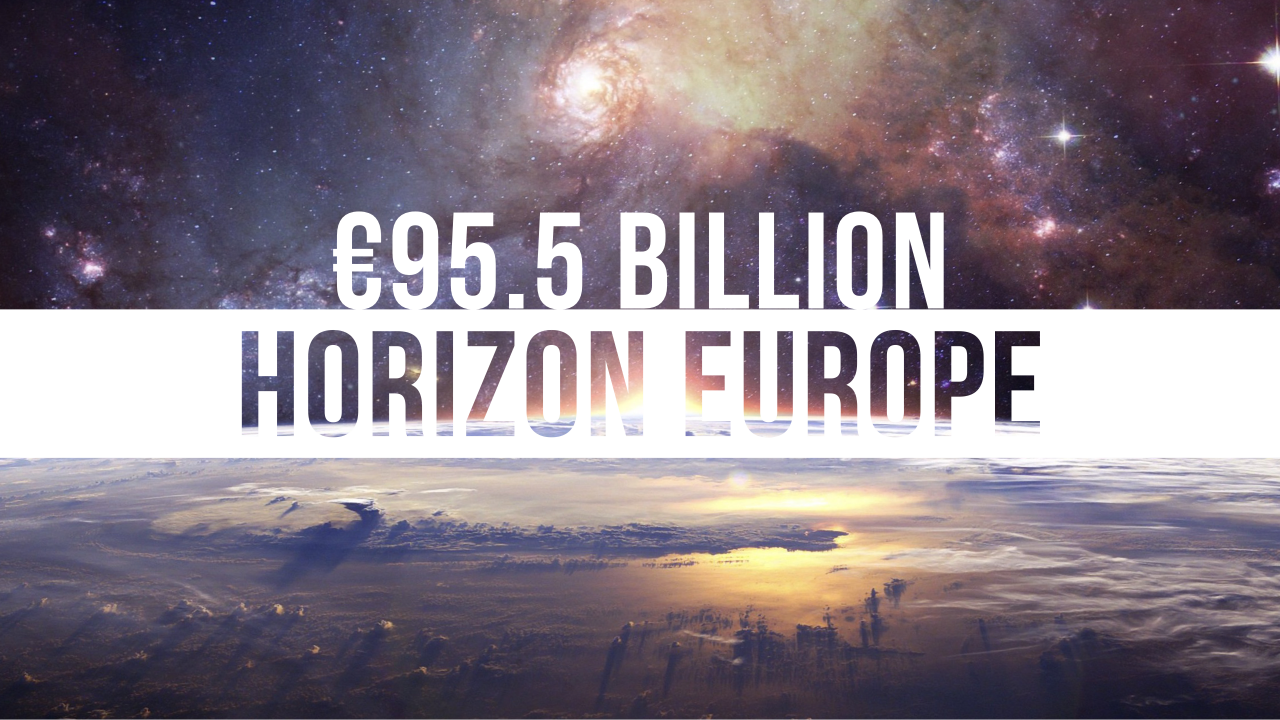 This semester, the European Union begins the deployment of its €95.5 billion science and technology framework programme: Horizon Europe. With a 30% budget increase on the previous EU funding cycle, Horizon Europe remains the largest transnational research and innovation programme in the world. Through it, the EU will support scientific research and technology transfer from university to market, including an increased funding package to promote innovation.

Horizon Europe's strategic plan, which sets out its spending priorities, was announced by the European Commission last week, while the first calls for proposals were opened the week before, setting off the competition between the EU's most innovative start-ups and SMEs for their share of €1.5 billion.

The launch of the Horizon Europe programme – piloted by Commissioner for Innovation, Research, Culture, Education and Youth, Mariya Gabriel – comes at a key moment for the community bloc. The EU is preparing to launch its post-pandemic reconstruction fund, 'Next Generation EU', which aims to bring about a major transformation of the European economy through digitalisation and the fight against climate change, and Horizon Europe can be a catalyst for this change. 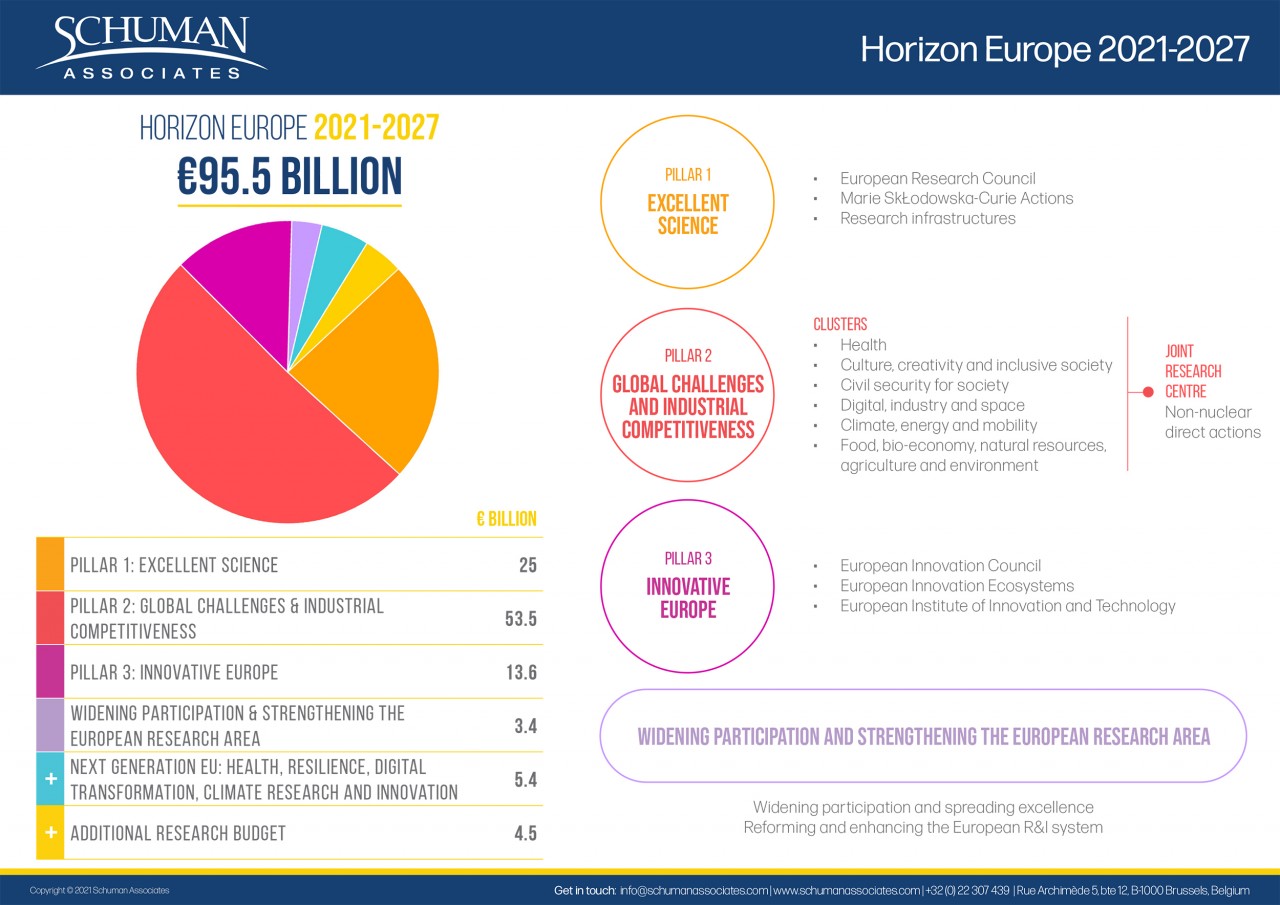 Focused on achieving scientific excellence, the first pillar of Horizon Europe is sometimes referred to as the 'Nobel Prize Factory'. It revolves around three axes:

Associated countries (non-EU countries participating in the programme), such as the United Kingdom, Switzerland or Norway, will contribute additionally to these allocations.

In order to empower scientists directly, grants under this pillar will be awarded to researchers rather than to universities, and the competition is strong. With this decision, the EU seeks to give scientists the opportunity to choose their own team.

The European Research Council has already opened a call for proposals which will make €1.9 billion available to 1,000 researchers in 2021, through grants of up to €2.5 million for a period of five years.

Horizon Europe's second pillar brings a budget of €53.5 billion to bridge the gap in bringing projects from university to market, working with the private sector and industry.

Through this pillar, the EU finances cross-border associations comprising at least three entities from three different countries. The European Commission and private sector each cover 50% of the cost of the project presented, with the financing agreements being set by the associations.

The six research areas (or thematic 'clusters') under this pillar are:

A leap in innovation

Horizon Europe's third pillar focuses on innovation and will be reserved exclusively for EU partners due to its strategic nature.

If the first pillar can be termed a 'Nobel Prize Factory', the third pillar may be described as a 'Unicorn Factory' – for companies valued at over €1 billion. The pillar's aim is to launch EU innovation forward and close the distance between the EU and regions such as the US. It focuses in particular on the creation of tech start-ups and advances in 'deep tech' – an area of particular interest for France, for instance, with regard to artificial intelligence and electric vehicle technology.

In a turning point for the development of EU innovation policy, Commissioner Gabriel met with 33 'Unicorn' founders and CEOs this week in a first step to bringing a more agile and modern Silicon Valley approach into the process.

Horizon Europe's innovation pillar will be developed around three packages:

The European Institute of Innovation and Technology seeks to overcome the challenge of access to talent by requiring the beneficiary company to use the funding to become self-sufficient in a set period of time.

The European Innovation Ecosystems, on the other hand, does not fund start-ups: it instead funds entities that build innovation environments and which can be co-financed with EU Cohesion funds.

Finally, the European Innovation Council funds ideas that either have a commercial path or can be accelerated to market. It will finance 'series A start-ups' which have already raised €1 million, with up to €2.5 million. In addition, the EU will be able to inject up to €15 million by acquiring shares in the company through a community fund, thus obtaining a share of between 10% and 15% of the company.

Calls for proposals under all three Horizon Europe pillars will also be thematically directed towards three key fields and five priority missions.

While the EU wishes to give its researchers maximum flexibility, it nonetheless emphasises the three principal fields on which the community bloc is advancing:

The EU has also set five major priority areas, or 'missions', with the objective of creating a critical mass of research on the continent focused on:

Finally, underpinning all three Horizon Europe pillars is a €3.4 billion European research scheme, 'Widening participation and strengthening the European Research Area'. Its aim is to close the gap between innovation in Eastern and Western European Member States through widening participation, spreading excellence, and reforming and enhancing the European Research and Innovation system.

Horizon Europe calls are extremely competitive. To reach the final selection stage requires excellence in bid management and expertise in EU proposal writing. To ensure the highest possible evaluation and the greatest chance of success, get in touch with our Bid Management team.