In Europe, a great need for cybersecurity, but also great opportunity 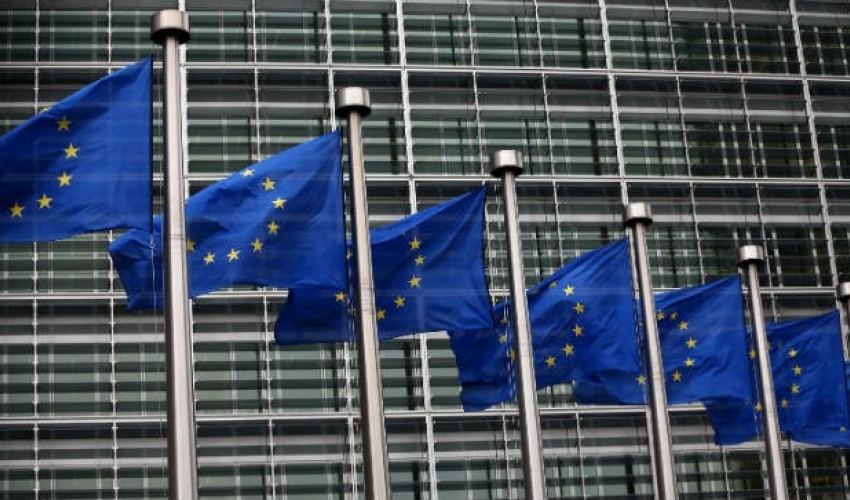 Following the announcement of our partnership with US consultancy Bond & Associates, we have co-authored an article for US political newspaper, The Hill on the opportunities in cybersecurity in the EU. The upcoming European Public Private Partnership on Cybersecurity will bring market opportunities for EU and US companies.

Securing cyberspace is now a critical issue globally, for governments, businesses, citizens and consumers. The European Union is ramping up efforts to improve cybersecurity because it is fundamental to the safety and resilience of the economy and society.

Governments, companies and individuals could be at risk of a potential cyberattack. Critical national infrastructure (utilities, transport, health, etc.) could be at risk. And a country's approach to cybersecurity — or the entire EU's approach, for that matter — also impacts its ability to win foreign investment.

It all adds up to a significant market opportunity. In fact, the cybersecurity market across Europe is expected to grow to over $35 billion by 2019.

The U.S. has been a global leader in developing a comprehensive cybersecurity strategy and has revised it over the years. Individual European countries, such as the United Kingdom and Germany, have certainly undertaken serious work in bulking up cybersecurity. But Europe as a whole is playing catch-up.

The EU seems determined to do more to increase the digitalization of the European-wide economy. Last year, the European Commission, the EU's executive arm, unveiled its ambitious Digital Single Market strategy, seeing 28 national digital markets merging into one market. A digital single market would serve over 500 million people and contribute $470 billion to the European economy.

But any European digital strategy will fail if the underlying infrastructure cannot be protected. It is vital that the right conditions exist to allow digital networks and services to flourish across the continent. And there's lots of room for growth.

Currently, 54 percent of online services in the European digital marketplace are U.S.-based. Only 15 percent of European consumers shop online from another EU country and only 7 percent of small- and medium-sized businesses sell cross-border. Most EU policymakers cite low levels of trust in the digital marketplace as the challenge. And that lack of trust is only compounded by news stories of high-profile cyberattacks targeting well-known brands, politicians and celebrities.

Europe's response has mirrored that of the U.S. Recently, the EU reached an agreement on the Network and Information Security Directive and a new 21st-century data protection package. Individual countries are ratifying the Budapest Convention on cyber crime as well as developing their own cybersecurity strategies. This year, the European Commission (like the Obama administration) has prioritized cybersecurity. It will shortly present a proposal establishing a public-private partnership on cybersecurity in the area of technologies and solutions for online network security.

A partnership approach with industry

An effective partnership between government and industry would boost competitiveness and stimulate greater innovation within the cybersecurity and digital privacy sectors in Europe. Funding will come from Horizon 2020, the EU's research-and-development grant program, and will seek to leverage funding from industry, including from U.S. companies. This initiative will also coordinate investment with and between EU member states. This allows greater potential to develop cross-border innovation for European cybersecurity products and services.

The main players in the European cybersecurity market are U.S.-owned companies, with the exception of T-Systems, Atos, Thales and Airbus. There is also a growing presence of niche European companies, many of which have benefited from Horizon 2020 and developed cutting-edge technologies. These may be competitors in certain markets, but they can also be a valuable pool for sourcing new partners, identifying acquisitions or simply adding a new product or solution to a company's offering.

The public consultation on the EU's cybersecurity funding opportunity closed on March 11. An announcement from the European Commission is expected in the coming months with requests for proposals to follow quickly afterwards.

Widespread vulnerabilities can offer widespread opportunities to win business, and U.S. companies watching these developments in the EU stand to benefit.

McNamara is founder and CEO of Brussels-based Schuman Associates, a public affairs consultancy. Bond is a former U.S. undersecretary of Commerce for technology and is founder of the consulting firm Bond & Associates.

Article is avalable at: http://thehill.com/blogs/pundits-blog/technology/275941-in-europe-a-great-need-for-cybersecurity-but-also-great