"Winning Business in Africa" at the Africa Ireland Economic Forum 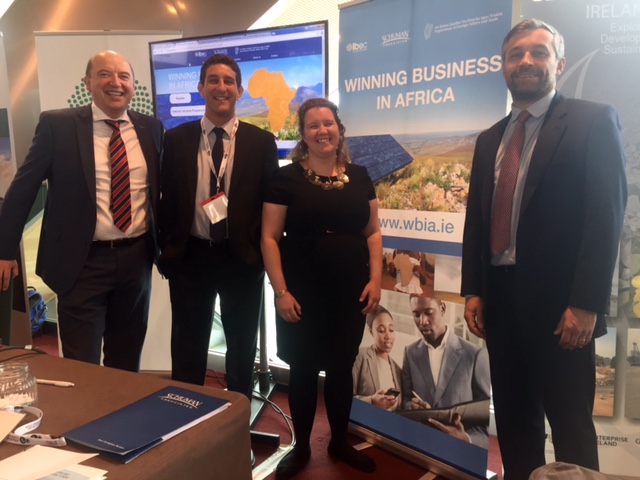 On the 17th of June the Africa Ireland Economic Forum took place in the Convention Centre Dublin. This year’s event was held at one of the most well-known locations in Ireland and saw the participation of high-level speakers from several key African countries and the full support from the Department of Foreign Affairs with the presence of the Minister of Jobs, Enterprise and Innovation Ms. Mary Mitchell O'Connor and the Director General of Irish Aid, Mr. Michael Gaffey.

On the panels, focusing on Energy, Aviation and Agri-business there were representatives from African governments as well as the private sector, from the International Financing Institutions one of the keynote speakers was Mr. Charles Boamah, the Vice President (Finance) of the African Development Bank. The event was a success in terms of new partnerships, increasing trade and excellent insights. One ‘live’ issue is the on-going process for the application of Ireland to join the African Development Bank which would open more opportunities for Irish businesses in Africa. Schuman Associates work together with Ibec (the business representation organisation) and the Department of Foreign Affairs on “Winning Business in Africa“. The project was promoted by Minister Mary Mitchell O'Connor who mentioned that “there is a new portal set up for all Irish companies to find more information on projects funded by the European Development Fund”.

Schuman Associates (SA) presented the web portal www.wbia.ie "Winning Business in Africa" at the Africa Ireland Economic Forum along with Ibec. SA had a stand where participants could try the portal first hand and search for live projects during the event. The WBIA project aims at supporting Irish business in Africa by promoting EU funded projects in key sectors of the growing African economy.