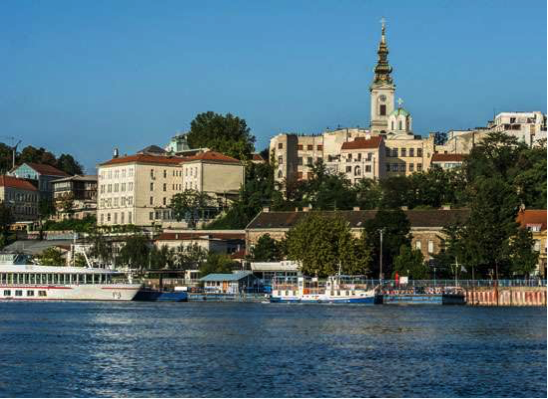 In April, the Commission published its annual Enlargement Package, including seven individual reports, taking stock of the progress made in the countries and recommending what reforms need to be implemented in the future. In the same month, a high level event was organized in Skopje on the topic of digital transformation of Western Balkans, discussing regional efforts around such issues as broadband rollout, cybersecurity and digital skills.

- EU-WB summit in Sofia (17 May 2018), organized by the Bulgarian Presidency, will be centered on the theme of connectivity with a view to improve the links with the Western Balkans and within the region.

- Berlin Process Summit in London, hosted by the UK, will be on inter-connectivity and advancing the digital agenda and entrepreneurship.

Did you know about Serbia and the EU?

- Serbia has been a candidate country since 2012.

- The Commission set 2025 as an indicative date for possible accession

- Since the start of the negotiations in January 2014, 12 out of 35 chapters have been opened, two of which provisionally closed.

- The EU is the largest provider of financial assistance to Serbia.

- In addition, 116.4 MEUR was awarded to Serbia from the Western Balkans Investment Framework, leveraging investments of 2.25 BEUR, for projects in transport, energy & environment and private sector development.

- The IPA National Programme for 2017 amounts to 138.2 MEUR, with most of the funding supporting alignment with the EU acquis, justice, energy and environment.

To discover EU funding opportunities in Serbia do not hesitate to get in touch with our External Aid team: This email address is being protected from spambots. You need JavaScript enabled to view it.