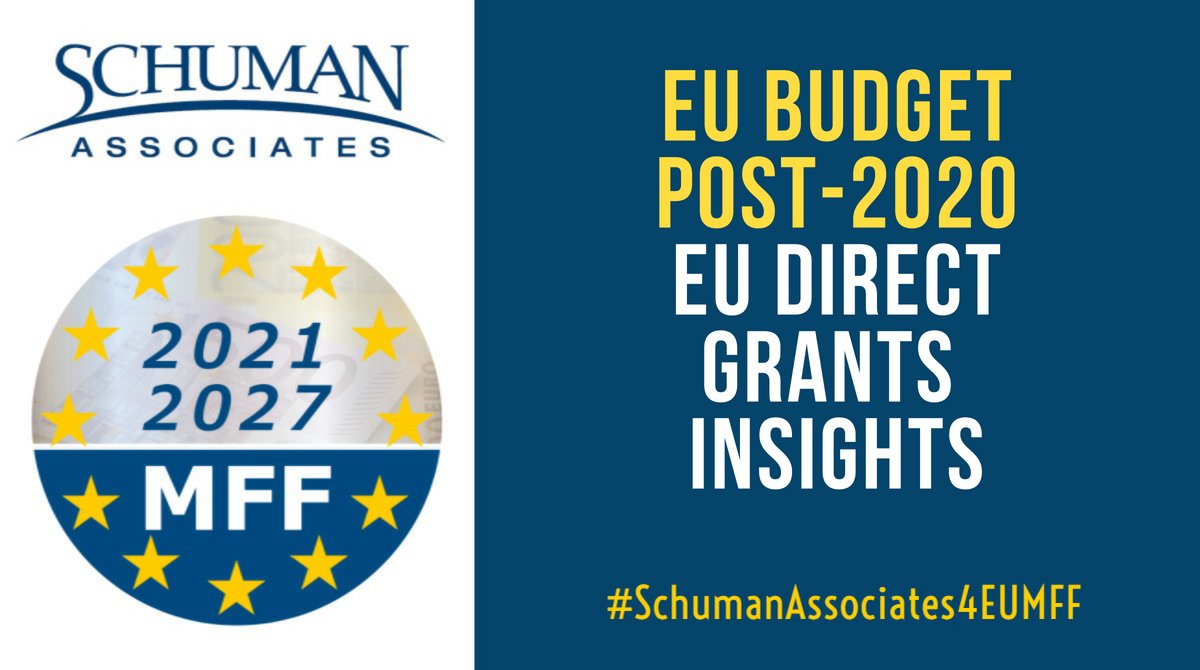 On 2nd May the European Commission revealed its awaited proposal on the new multiannual budget for the period 2021-2027. This Communication officially marks the starting point of inter-institutional negotiations that will top the EU agenda in the coming months.

Although the figures included in this document are far from being final, looking at the proposed allocations for the EU funding programmes centrally managed by the European Commission (i.e. mainly disbursed via direct grants), it is interesting to observe a general and widespread increase. Except for the Internal Security Fund (ISF), whose overall envelope got cut by almost 35% and reduced to €2.5 billion, the indicative budget for all the other most relevant programmes is higher than in 2014-2020, as illustrated in the graph below. 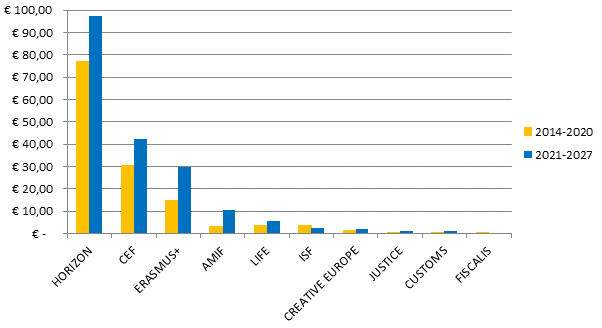 Erasmus+ is probably the programme that comes out stronger from the MFF proposal and will see its budget doubled to €30 billion. Under the same overarching priority “Investing in people”, both Creative Europe and the Justice programme will also experience a considerable budget increase in the next funding cycle. Creative Europe will get a +27% increase, from the current €1.46 billion to €1.85 billion in 20121-2027, while the Justice programme will see its allocations grow around 2.5 times, for a total budget around €947 million. This is also due to the fact that this programme will also focus on a new thematic priority dedicated to rights and EU values and will be rebranded as Justice, Rights and Values Fund.

In the areas of research and innovation, the successor of Horizon 2020, Horizon Europe, will benefit of a €100 billion budget. Despite the almost 30% increase compared to the current period, the Commission’s proposal falls short of the €120 billion to €160 billion budget that was expected by the research community. As for the Connecting Europe Facility (CEF), while the general envelope will suffer a 20% reduction compared to the ongoing funding cycle, the programme total budget will increase from €30.4 billion to €42.3 billion thanks to contributions from the Cohesion Fund (€11.3 billion) and support for military mobility (€6.5 billion) for transport-related projects.

Another programme reinforced by the MFF proposal is the Asylum and Migration Fund (AMF) which will have triple the budget of the current AMIF and will not focus on integration activities as this portfolio will be included in the renewed European Social Fund.

The Commission’s Communication also included several interesting novelties such as:

For more information on EU direct grants do not hesitate to contact Schuman Associates at This email address is being protected from spambots. You need JavaScript enabled to view it.