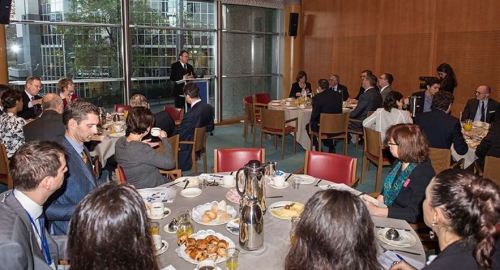 The event was held on the occasion of the European SME week 2015 on the topic “New Approach to European Industrial Competitiveness: SMEs in the Surface Engineering Sector”. Statements were delivered by Kristian HEDBERG, Deputy Head of Cabinet of Commissioner Bieńkowska, Stephan RAES, Head of the Economic Department of the Incoming Netherlands Presidency to the EU, Gerhard HUEMER, Director Economic and Fiscal Policy of the European Association of Craft, Small and Medium-Sized Enterprises (UEAPME) and Dave ELLIOTT, Chief Executive of the Surface Engineering Association and President of the European Committee for Surface Treatment (CETS).

The report is available here.