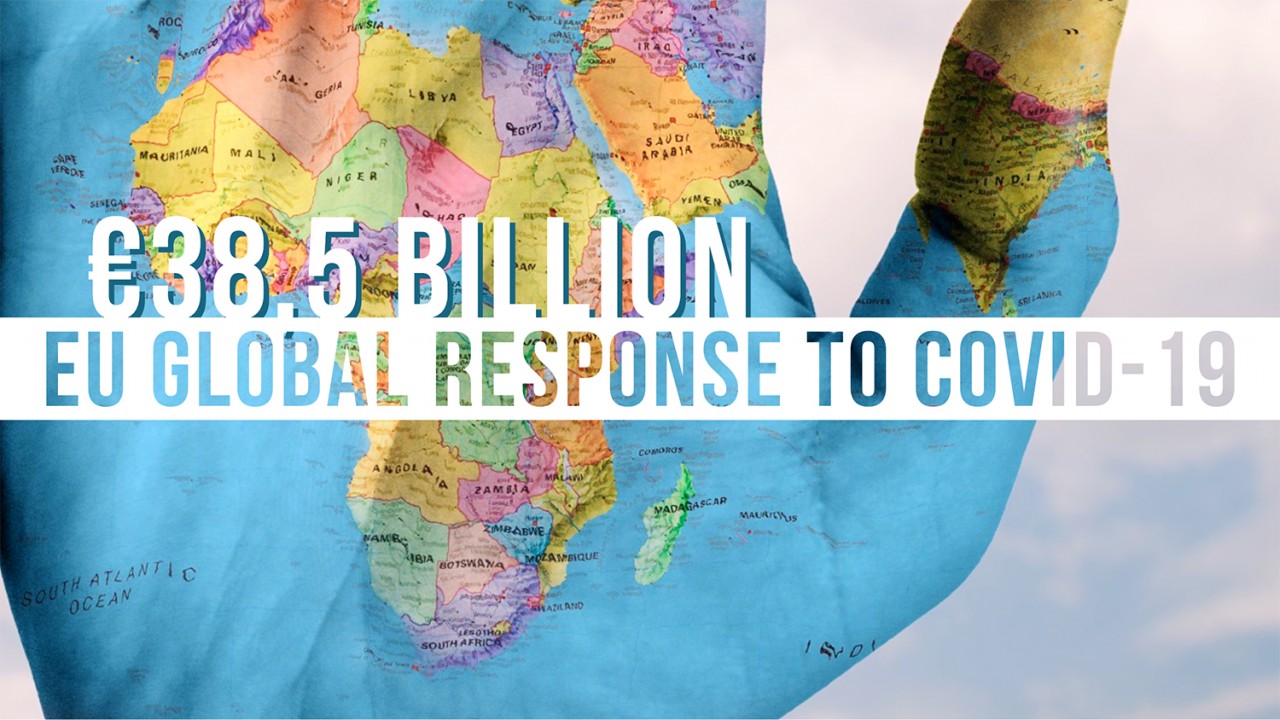 In order to help the most vulnerable countries outside the EU fight COVID-19 and its consequences, the European Union launched the Team Europe initiative in April. This €38,5 billion package (increased from an initial €20 billion) is directed especially towards supporting Africa and the EU Neighbourhood, as well as the ASEAN region and the Western Balkans.

Eight months after its launch, 50% of the funds committed have been disbursed. The bulk of the funding combines resources from the EU, Member States, the European Investment Bank and the European Bank for Reconstruction and Development, and consists of the reorientation of existing funds and programmes to tackle the coronavirus crisis.

The package is divided into three priorities:

We outline some of the budgets for Africa, Asia, the Western Balkans and the EU Neighbourhood below.

A total of €6,8 billion in Team Europe funding is addressing COVID-19 and its consequences in Africa. Countries such as Sudan (€130,2 million), Somalia (€60 million) and Ghana (€87 million) are among the highest recipients of these funds, which will be addressing critical shortcomings in health governance and supporting people living in vulnerable situations, including Internally Displaced People (IDPs) and refugees.

The pandemic has particularly aggravated the humanitarian crisis in the Sahel region. The European Union is supporting the Sahel's response to COVID-19 with a package of €92 million under the Team Europe initiative, as part of a larger block of €450 million that is being redirected to the region's needs. In order to face the security, food, socio-economic and health crises, this EU funding will serve to implement the pandemic response plans of these countries.

In East Africa, €261 million will be redirected from development funds to support the immediate healthcare response, while €475 million will be directed towards minimising the economic and social consequences of the pandemic, as well as approximately €11 million in humanitarian funds.

Team Europe has mobilised over €800 million in grants and loans to support the ASEAN region. The funding will be directed to supporting research and testing capacities, healthcare facilities, digital learning, as well as to strengthening the work of civil society and sustaining economic livelihoods.

As announced in May, a support package of over €3.3 billion from different sources has been approved and is now being disbursed to the Western Balkans for immediate support and socio-economic recovery. The EU supplied a €38 million immediate support package to the health sector to procure medical equipment such as masks, ventilators, visors and testing kits. Additionally, €389 million through the Pre-Accession Assistance Instrument (IPA) has been re-allocated and €455 million will be directed to ensuring the survival and/or recovery of private sector businesses.

The support allocated for the Eastern Partnership countries amounts to €963 million: €140 million for immediate needs and €883 million for helping the socio-economic recovery that will cover the needs of Armenia, Azerbaijan, Belarus, Georgia, the Republic of Moldova and Ukraine.

The European Union is also supporting its partners in the Southern Neighbourhood and adjusting its on-going assistance programmes. Based on needs expressed by partner countries, this re-orientated EU support is focusing specifically on health, economic and social sectors and will amount to a total of €2.3 billion.

To find out more about the different funding resources of the Team Europe package and when they will be disbursed, get in touch.