What's next for Italy's National Recovery and Resilience Plan? 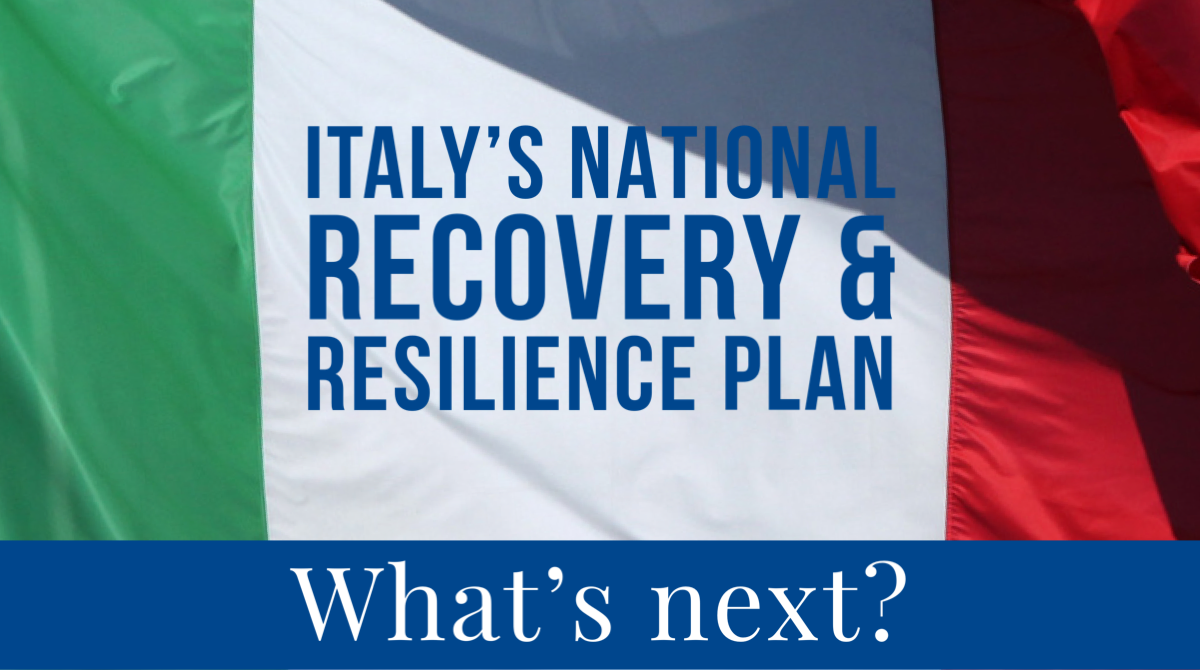 Are you following the Italian elections? You may want to watch closely. Billions in EU funding may be at risk from this untimely governmental change: if any key milestones are missed, these important funds will be delayed or forfeited.

This is a high stakes election for anyone doing business in Italy. We're taking a closer look to understand the next steps.

Europe is facing a series of unprecedented challenges to its own security, democratic values, and economic and social prosperity. Recent months have been characterised by post-pandemic recovery and now by an unexpected energy crisis and geopolitical risks from the ongoing war in Ukraine. Within this context, the EU is carrying out a series of actions to support Member States through NextGenerationEU (NGEU)[1], the Recovery and Resilience Facility (RRF) and the RePowerEU[2] programme. Member States play a crucial role in implementing these programmes through accelerating reforms and investments and, where needed, identifying and including new measures to update the National Recovery and Resilience Plans.

Italy is one of the countries receiving the largest share of EU funding. The €191.5 billion Italian Recovery and Resilience Plan[3] (PNRR) covers a spectrum of investments through six Missions:

In addition to the PNRR, the Italian government and local administrations have recently approved the EU Cohesion Policy programming, for which Italy is receiving €43 billion in EU contributions.

The total budget in Italy[4] also includes national funds specifically allocated to support the PNRR as well as to match the co-financing of the EU Cohesion Funds. 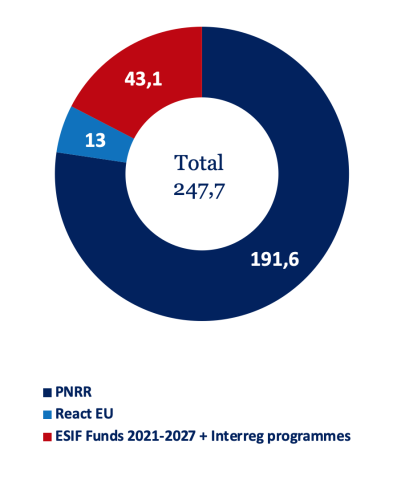 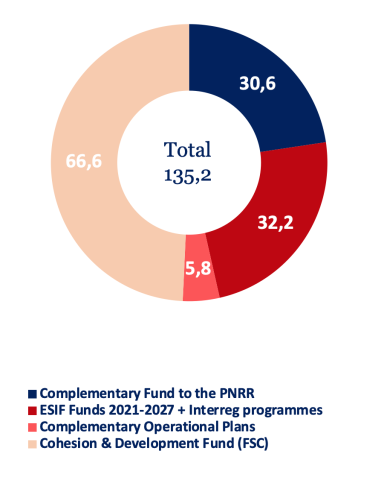 Impact of the Italian elections

The outcome of the upcoming elections in Italy on the 25th of September will have a long-lasting impact on the country and the EU, particularly as Italy is the EU's fourth largest economy and is among the countries driving the EU's recovery and long-term objectives. The Italian government has undergone several changes in leadership from the latest elections, with three different government coalitions dealing with the COVID-19 crisis and planning the recovery. Aside from the intricate characteristics of Italian politics, the role played by political fringes and disagreements over key reforms within the coalitions, Italy is now entering a delicate new phase.

The current government, led by Mario Draghi, has formally set up the PNRR's structure and governance and has introduced reforms and initiated projects. On this basis, by the 29th of September, the European Commission should approve the assessment of Italy's payment request for the second installment of PNRR funds, worth €21 billion, demonstrating the significant progress made in the implementation of Italy's Recovery and Resilience Plan and its broad reform agenda to-date.In parallel, ministries and local authorities have also been working on the programming of the EU Cohesion Funds which play an important role in the recovery and development of the country. In July, the European Commission gave the green light to the Italian Partnership Agreement and began to formally approve Operational Programmes (OPs). As of mid-September, over fifteen Regional Operational Programmes (ROPs) have been approved and projects are already taking shape.

In addition to the controversies surrounding the electoral campaign, it is important to note that the main candidates have not particularly focused their attention on the PNRR or the use of EU Cohesion Funds. This leads to a veil of uncertainty on the ability of the next government to carry out the enormous tasks set by the plan. The imminent elections therefore introduce both political and economic risks.

The new government will be tasked with submitting the national budget plans immediately after the elections and will have until the end of the year to achieve the remaining milestones to receive the third tranche of funds: €21,8 billion.

With 22 of the 55 milestones expected to fall under the responsibility of the new government, however, Mario Draghi is keen to progress on two fronts: receiving the second installment of €21 billion by October, and proceeding with the implementation phases of the investments and the reforms to allow the new government to respect the next deadlines.

For now, the President of the Republic, Sergio Mattarella, has suggested using all the tools necessary to move on with achieving the PNRR milestones, and PM Mario Draghi is leading the government towards a smooth transition in terms of the PNRR's implementation. 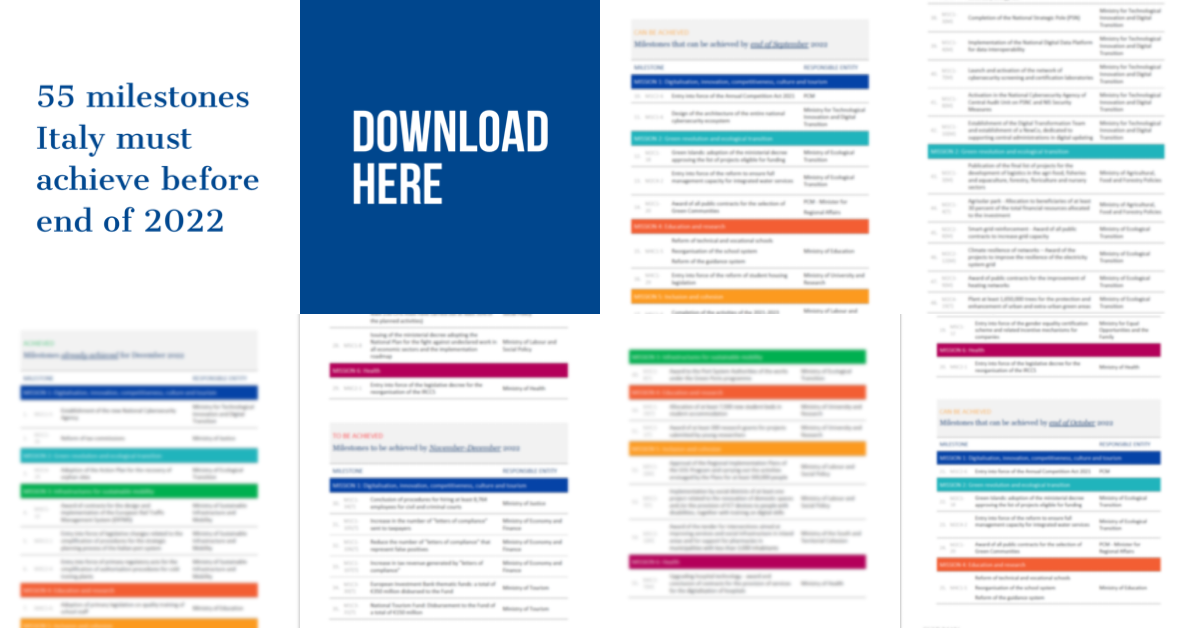 
How can we help you?

We are experts on the opportunities stemming from the National Recovery Plans as well as from the new generation of EU Cohesion Funds. Our EU-level and in-country experts are in position to support you to benefit from these openings. Get in touch today to take your projects further, and reach out to our Country Lead for Italy, Mike Savarese.