A Fair, Green and Digital recovery: objectives of the Portuguese Presidency of the Council of the European Union 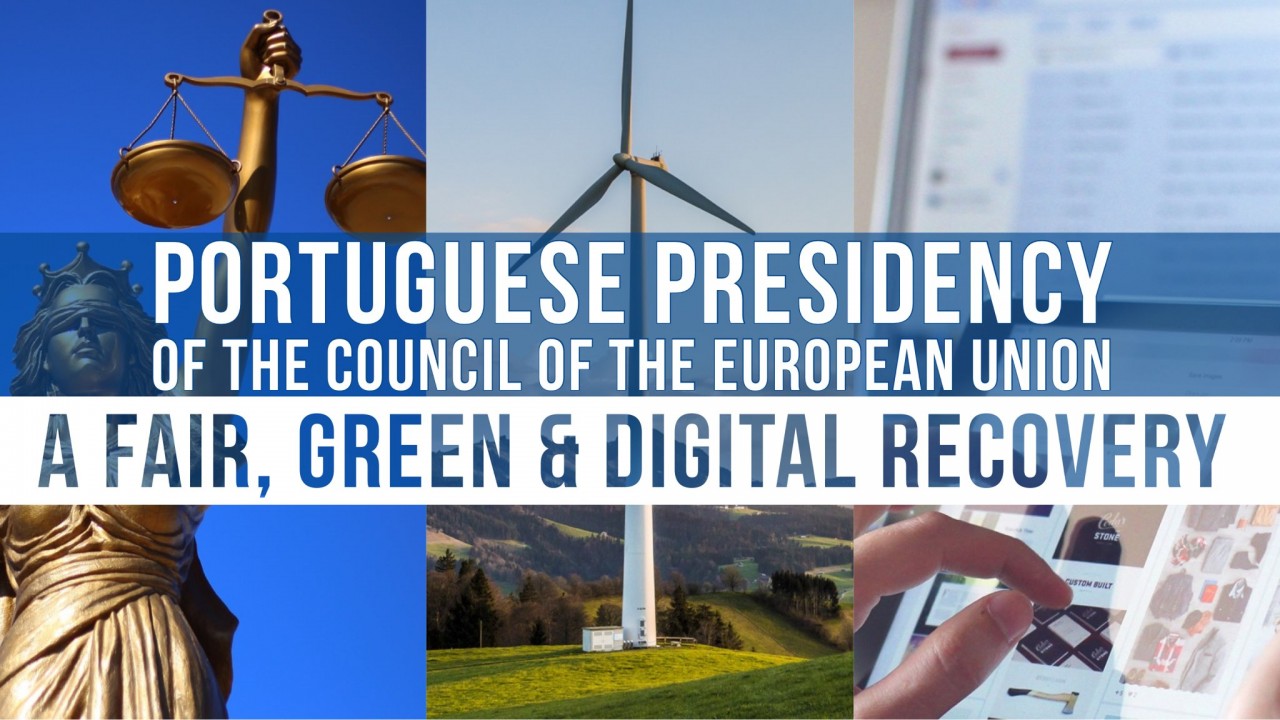 On January 1, Portugal began its six-month Presidency of the Council of the European Union; its fourth since Portugal's accession to the EU in 1986 (previous Portuguese Presidencies: 1992, 2000, 2007). Portugal is preceded by Germany and will be followed by Slovenia, together forming the current "presidency trio".

The Portuguese have decided to focus on three major priorities, driven by the motto: "Time to deliver: a fair, green and digital recovery":

These priorities will be pursued through five action lines:

The implementation of the Multiannual Financial Framework (MFF) 2021-2027, together with the Next Generation EU Instrument (including the Recovery and Resilience Facility), will take a prominent role in the agenda, alongside the execution of the National Recovery and Resilience Plans. To ensure recovery, the Presidency will pay special attention to those economic sectors worst hit by the crisis: tourism and the creative industries.

2. Green Europe: Promoting the EU as a leader in climate action

One of the priorities in this area will be to facilitate the transition to a competitive and carbon-neutral economy, while promoting the circular economy. When it comes to the energy transition – essential to guaranteeing the EU´s long-term objectives – the mobilisation of public and private investment will be significant. The Presidency will encourage the design and use of financial instruments for its implementation, counting on the possibilities offered by the European Investment Bank (EIB).

3. Digital Europe: Accelerating digital transformation in the service of citizens and enterprises

The mandate will be committed to accelerating the digital transition and promoting EU leadership when it comes to digital innovation, encouraging new solutions and strategies with special emphasis on the fields of health, research and innovation (R&I), industrial property, justice and mobility.

The Presidency will promote increased cooperation between Member States when it comes to health, aiming at increasing the response capability of health services to threats to public health, such as COVID-19. The creation of the European Health Union aligns with this objective.

Portugal has committed to strengthening the EU´s position as a global player in the geopolitical sphere, as well as to consolidating relations with partner countries. Results-oriented international partnerships focused on addressing and debating human development, particularly in the areas of health, education and gender equality will be built and strengthened under the mandate.

The Portuguese Presidency makes use of sponsors for covering some of its needs. All sponsors are Portuguese and have recognised sustainability and social responsibility policies. To date, the Presidency has signed three contracts for in-kind sponsorship that will meet the needs in areas such as events.

To know more about concrete initiatives under the Portuguese Presidency and how your organisation could benefit from funding opportunities, get in touch.
Get in touch

"Winning Business in Africa" at the Africa Ireland Economic Forum

Your EU Public Affairs and Advocacy Guide: What to expect for the first half of 2016