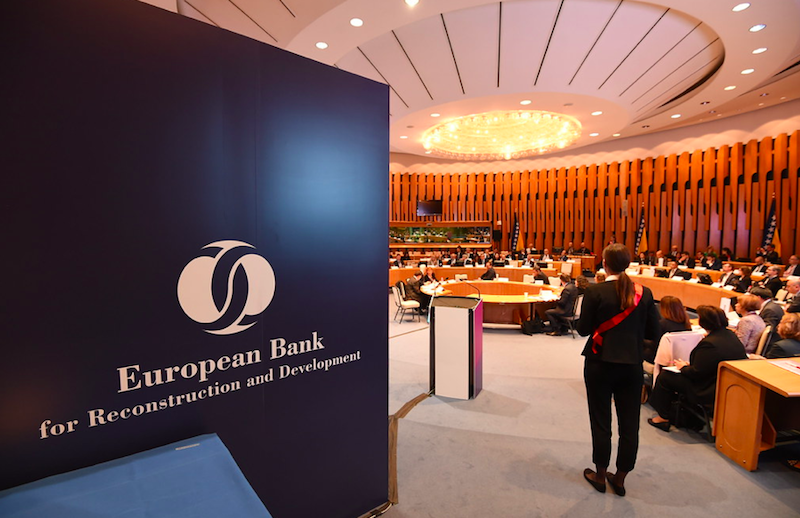 ​Last April the European Bank for Reconstruction and Development (EBRD) released a series of publications #EBRD doing more highlighting several of the key interventions carried out by the Bank across the different geographies where it operates. In 2018 the EBRD reached near record level investment with €9.5 billion in 395 projects.

You can check some of the highlights below:

In the Western Balkans, the EBRD invested €1.1 billion in 67 projects around the region in 2018, focusing on the private sector, connectivity and the transition to a green economy. Some examples include:
• a milestone in renewable energy with two landmark windfarm projects in Serbia and;
• upgrading the urban water supply for the growing population in Albania's capital Tirana thus completing the EBRD Green Action Plan.

In Eastern Europe and the Caucasus the EBRD invested €1.6 billion in more than 100 projects in 2018. Some examples include:
• the modernisation and rehabilitation of the Enguri hydropower plant, the largest electricity supplier in Georgia with a 28 MEUR loan;
• a 84 MEUR loand for the rehabilitation and optimisation of Vodokanal's wastewater treatment plant in Minsk and;
• a 40 MEUR loan for the new Beskyd tunnel which connects the Ukrainian rail network through a double-track link with the pan-European transport network Corridor.

In Central and Eastern Europe the EBRD invested more than €4 billion in almost 145 projects in 2018. Some examples include:
• a 71 MEUR loan to Poland's Millennium Leasing for energy efficiency and renewable projects;
• the acquisition of green buses for the Bulgaria's capital Sofia which also joined the Bank's Green Cities programme and;
• a new Inclusive Tourism framework for the Eastern Mediterranean with a 73 MEUR syndicated loan to the Croatian hotel operator Sunce Koncern d.d.

In the Southern and Eastern Mediterranean the EBRD has invested more than €9.5 billion in almost 220 projects since the last seven years. Some key examples include:
• enhanced medical diagnostic services provided to the Palestinian population by providing a 2.5 M USD loan to MedLabs Consultancy Group and;
• Strengthening sustainable energy in Lebanon with a 15 M USD loan to finance green projects under the EBRD's Green Economy Financing Facility

In Central Asia the EBRD invested over €1 billion in 62 projects in 2018. Some examples include:
• Kazakhstan's drive to secure its position as a regional renewable energy leader;
• extended loans to six infrastructure projects in Uzbekistan, worth a total of 333 MEUR to improve water supply and district heating services in the capital city, Tashkent, and in the Khorezm and Namangan regions, and upgrade electricity transmission services in the Navoi region;
• and the first project under the Integrated Cultural Heritage Framework was signed in Uzbekistan.

The European Bank for Reconstruction and Development (EBRD) has set ambitious goals for 2019 in support of the global development agenda with a strong focus on climate finance allocating more than a third of its total investment in the green economy. The EBRD also provide strong support in key areas of the economy in terms of municipal and environmental infrastructure, power and energy, small businesses, transport, ICT and nuclear safety. This support is provided through bespoke financial products ranging from long-term equity investment to specific microfinance solutions as well as policy dialogue to create the strong institutions needed for successful long-term growth.

If you would like to explore the EBRD current project portfolio and find suitable business opportunities do not hesitate to get in touch with us: This email address is being protected from spambots. You need JavaScript enabled to view it.

Is your country ranking as an Innovation Leader ?